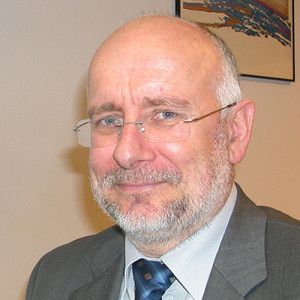 Professor dr. Rafael Mihalič, B.Sc. received his bachelor’s, master’s and doctoral degrees from the Faculty of Electrical Engineering, University of Ljubljana, in 1986, 1989 and 1993, respectively . After graduation, he worked as an assistant at the Department of Power Systems and Devices at the Faculty of Electrical Engineering, The University of Ljubljana. Between 1988 and 1991, he was working at SIEMENS AG Erlangen, Germany, at the Institute for electrical power distribution and power grid planning.

After returning to his homeland, he continued to work at the Faculty of Electrical Engineering; first as an assistant and since 2005 as a lecturer. As part of his research work, he was on a few months of professional training or. guest appearances at Siemens AG, Erlangen in Germany, at ETH Zuerich in Switzerland, at the University of Durham in the UK and at the Technical Education Institute of the Faculty of Engineering in Greece.

He is a member of CIGRE, a member of the IEEE and the president of ŠK B4 SLOKO CIGRE. The field of activity mainly includes the analysis and planning of electric power networks and systems, FACTS devices and the coordination of protection in industrial networks.